Conference with the EU Parliament about Human Rights Violations in Bangladesh 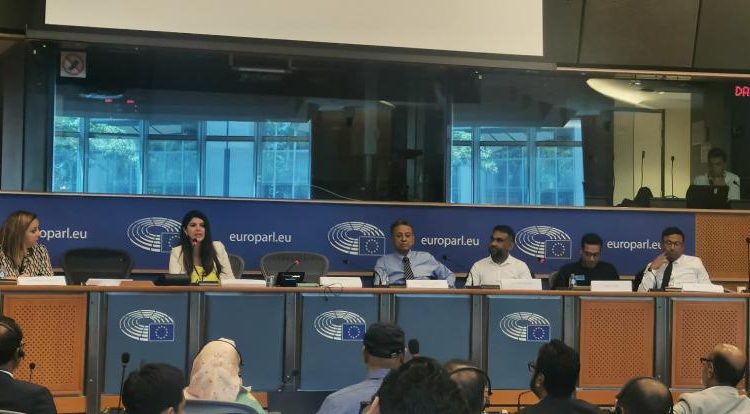 BRUSSELS, BELGIUM, July 26, 2022 – July 19th 2022, an international conference entitled “Democracy under threat and human rights violations in Bangladesh” was organised by EPP group and MEP host Fulvio Martusciello, with the help of the EU advisor Valerio Balzamo and the international affairs advisor Manel Msalmi who moderated the debate.

The conference came in parallel with the EU delegation mission to Bangladesh which aims at asking to raise the minimum wage for RTG workers. The EU delegation discussed labour rights and members of the European Parliament together with human rights and political activists from Bangladesh with the presence of the Bengali diaspora in Europe discussed human rights violations, democracy mainly regarding the coming elections and minorities.

MINORITIES IN THE COUNTRY FACE A THREAT TO THEIR SECURITY AND WELL-BEING ON A DAILY BASIS.”

Mep Adinolfi focused as a member of the culture and education committee on the state of freedom of speech and press in 2021 which is really alarming. She added that religious and cultural freedoms are hindered in Bangladesh, and there is a need to protect cultural diversity.

Mep Vuolo mentioned the European Parliament resolutions which recall the UN Human Rights Council’s periodic review of human rights in Bangladesh for the period 2017-2021. The document highlights how Bangladesh has received more than 500 recommendations calling for the recognition of certain ethnic minorities, the adoption of laws against child marriage, and for the clear recognition of freedom of expression.

Mep Gancia stressed the fact that Bangladesh is facing an ongoing violation of human rights and a continuous deterioration of the country’s institutions. Both local and national elections have been highly controversial, rigged and violent.

Minorities in the country face a threat to their security and well-being on a daily basis.
In this scenario, the European Union must act with courage and firmly to condemn human rights violations and call for free elections.

Members of the Bengali community and Representatives of the diaspora in Europe shared their concerns regarding democracy and freedom in their country. Mr Saydur Rahman, President of the Bengali diaspora in Belgium and human rights activist stated that political opposition leaders face constant threats and called for the immediate release of former prime minister Mrs Khaleda Zia and for free elections in which civil society organizations and different political parties will take part. Former Minister of Trade and political activist Mr Amir Khasru Mahmud Chowdhury welcomed the initiative of the EU delegation to Bangladesh to call for more workers’ rights and stressed the fact that human rights, workers’ rights as well as minorities’ rights are violated and called for free and liberal elections with the support of the European Union, a strategic partner to Bangladesh.

Mr Humayun Kabir, representative of the Bengali diaspora in the UK, a human rights activist and an international affairs advisor mentioned the Human Rights violations in Bangladesh and the power abuse of the police and the US sanctions against the RAB in Bangladesh.

Mep Fulvio Martusciello evoked that the EU is worried about the human rights and labour rights situation in Bangladesh. He also stressed the need to protect minorities mainly the Hindu minority facing persecution and constant attacks. He called for free and impartial elections in which all communities, political parties and human rights organizations will be represented.

The seminar was followed by a debate session in which members of the Bengali diaspora and organizations in Europe expressed to the panel their urgent need for freedom, democracy and mainly free and fair elections in 2023 . 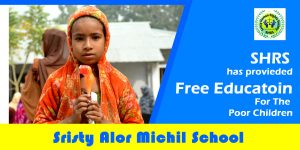